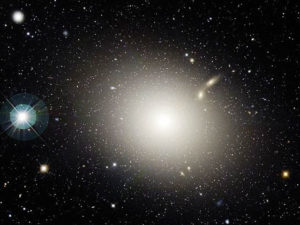 As the building blocks of the Universe, galaxies are massive structures that can contain trillions of stars. Galaxies in today’s Universe show a striking diversity among their properties, with large variations in their appearance, age, size, weight, and stellar birth rate. Despite this diversity, galaxies can broadly be divided into two types: low-mass spiral galaxies with high stellar production rates, and massive old elliptical galaxies in which no new stars are being formed. But it has remained a puzzle how this dichotomy originated. In particular, we do not understand why elliptical galaxies form no stars in a Universe with plenty of fuel. In this talk, UC Berkeley’s Dr. Mariska Kriek will present recent studies of galaxies in the Early Universe, and discuss our current view of how different types of galaxies may have formed and evolved over cosmic time.