Astronomy Talk: Extreme Stars at the Center of the Galaxy 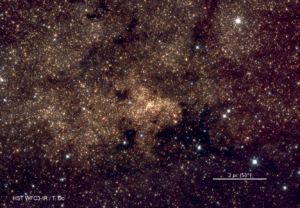 The Stellar Zoo at the center of our Milky Way Galaxy would be quite unfamiliar to a terrestrial visitor. Not only do the types of stars differ in many ways from what we can see in our serene nighttime sky from Earth, but the stars at the galactic center are also not behaving like the stars around us. They are densely packed in and are careening around the center at breakneck speeds, sometimes engaging in a cosmic destruction derby. Even their formation process tends to take place in spectacular cataclysmic events. UCLA Astronomy Professor Mark Morris will describe how the Keck Observatory’s telescopes and their powerful infrared instruments are being used to follow the lives of stars in this unique region. He will relate the short, but exciting lifetimes of the most massive stars, and what happens to their remnants after those stars explode as supernovae. He will also explain why red giants are sitting ducks for stellar impacts, reveal the curious things that can happen to binary star systems, and describe the fireworks that ensue when a star happens to meet the Galaxy’s central black hole.