Astronomy Talk: A Primitive Planetesimal in the Kuiper Belt Explored by New Horizons 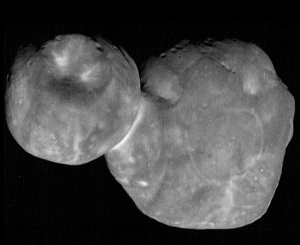 Dr. Will Grundy, a key member of the New Horizons mission, will explain why Kuiper Belt objects serve as time capsules that could unlock secrets about the origins of our solar system, from birth to infant stages of its lifetime.