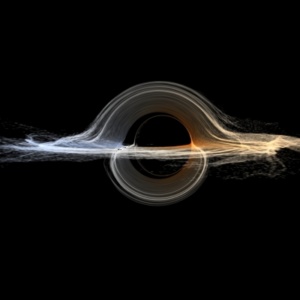 image credit: double negative
Did Hollywood do its science homework? Learn the story behind the creation of Gargantua, the massive black hole featured in the movie Interstellar, and find out whether its depiction is grounded in real science.

KECK OBSERVATORY ASTRONOMY TALK: How scientifically accurate is the blockbuster film Interstellar? Dr. Kip Thorne will take you behind the scenes of the movie and explain how he helped Hollywood turn science fact into science fiction. After Dr. Thorne’s Astronomy Talk is done, come stargaze with The Cliff and Don Show! Hosts Cliff Livermore and Don Rudny of the West Hawaii Astronomy Club will show live digital views of deep sky objects through their 11″ telescope and display them on a large monitor for the audience to enjoy. Check out these examples of the real-time images of the universe that you’ll see:

We hope to see you there!