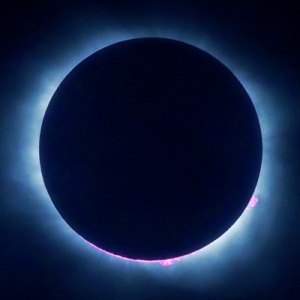 ASTRONOMY TALK | Current estimates are that over 150 million Americans viewed the Great American Solar Eclipse on August 21, 2017 with another 60 million viewing it electronically from TV or the internet. It’s amazing to think that we are still using this opportunity to do new and exciting science even though eclipses are a regular occurrence. Eclipses are the “obscuring of the light from one celestial body by the passage of another between it and the observer.” We use nearly the same definition for describing occultations and transits. The phenomena of eclipses, occultations, and transits are critical techniques for doing amazing new science from finding new rings around Saturn to discovering planets orbiting faraway stars. This is a brief story of how we continue to use shadow techniques to uncover new science with spectacular examples that have occurred over the last couple of years.