Fingerprints of the first stars: Searching for Population III with Keck 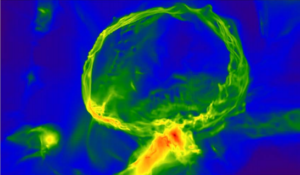 Our current story for the origin of the heavy elements has at its core a recycling program on the grandest of scales. Using Keck, we have traced atoms as they flow from the intergalactic medium into galaxies, where they are incorporated into stars, undergo fusion, and are returned in supernovae and other types of stellar death. The process can repeat many times, raising the total amount of heavy elements in the universe over time. In principle, if we run the clock backwards far enough, we could observe the very first stars, aka ‘Population III stars’: those formed from only those elements created in the first few minutes after the big bang. As of yet, however, the Population III stars have eluded direct detection. In this talk, John O’Meara will present a new suite of tools and techniques used in the hunt for Population III stars, and the critical role Keck and Maunakea has played at the forefront of our current and future search for these first stars in the universe.