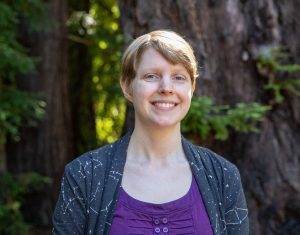 Fifty-three years ago, 600 million people watched the Apollo 11 astronauts take the first human steps on another world. In 1969, the number of worlds worth walking on was small: just the few dozen planets and moons that make up the Earth’s siblings orbiting the Sun. Today, astronomers know that our galaxy is teeming with planets, more numerous than the stars themselves. However, detecting signs of life, or “biosignatures,” on another world requires separating the light of the planet from that of its sun and dispersing that planet’s light into a spectrum—a technique called “direct imaging and spectroscopy.” So far, only extremely young, massive worlds have been directly imaged, while older, smaller objects like the Earth remain hidden in the glare of their suns. In this talk, Rebecca will describe a variety of avenues for advancing the state-of-the-art in exoplanet imaging, taking advantage of diverse tools ranging from computer simulations, to laboratory demonstrations, to observations at the world’s largest telescopes.