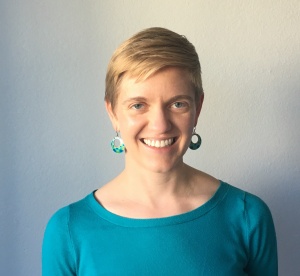 Dr. Courtney Dressing is an Assistant Professor of Astronomy at UC Berkeley. She is an observational astronomer focused on detecting and characterizing small, rocky exoplanets most similar to Earth, with the long-term goal of finding worlds that could potentially support life.

WAIMEA (KAMUELA), HAWAII – NASA’s new Transiting Exoplanet Survey Satilite (TESS) is discovering strange new worlds closest to our solar system, and last night, a curious audience came to find out if any of them are similar to Earth.

“Are we alone? That’s the big question that motivates me,” said Dressing. “To find out whether life is common in our Milky Way galaxy, we need to look for Earth-size planets and Super-Earths. TESS, which launched in April of last year, will comb the cosmos for such candidates, and has in fact already discovered its first Earth-size world – planet HD 21749c.”

More than 130 people attended the free event on Monday, May 13, at Gates Performing Arts Center on Hawaii Preparatory Academy’s Campus in Waimea.

“When determining the potential habitability of a planet, it’s not enough to know that it is small like Earth,” said Dressing. “We need to know whether it’s made out of rock or gas, or if the planet could possibly have a liquid ocean. With Keck Observatory, we can take radial velocity measurements to measure the masses of TESS planets; a planet’s mass can determine whether or not it can support an atmosphere, which is one of the elements most likely needed for sustaining life.”

Dressings team just finished conducting one of their TESS planet follow-up observing runs at Keck Observatory as part of their work probing the compositional diversity of small planets, investigating the structure and formation of planetary systems, improving radius estimates, and enabling investigations of how the presence of stellar companions affects the frequency and characteristics of planets.

Their goal is to help shape the future of exoplanet exploration by setting the stage for the next phase – the search for biosignatures in the atmospheres of new worlds that are closest and most similar to ours.

“We’re so excited about the future of exoplanet science with TESS and Keck,” said John O’Meara, chief scientist at Keck Observatory. “Astronomers like Courtney are paving the way to amazing new discoveries about planets, some possibly like Earth, around other stars. The future is bright!’

Keck Observatory Astronomy Talks, supported by the Rob and Terry Ryan Foundation and the Rising Stars Fund, will continue to bring noted scientists to Hawaii for events that are free and open to the public.

COMING SOON: All Keck Observatory Astronomy Talks are recorded and posted online after the event for your viewing pleasure. Dr. Courtney Dressing’s talk will be posted soon; stay tuned!