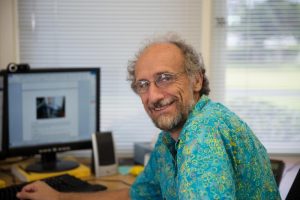 Maunakea, Hawaii – Dr. Peter Wizinowich, based at W. M. Keck Observatory on Hawaii Island, is an engineer who specializes in optical sciences in astrophysics. His work involves using adaptive optics to improve the imaging capabilities of some of the world’s largest telescopes.

In 1608, Dutch eyeglass maker Hans Lippershey patented the world’s first telescope (although there is some debate concerning whether he stole the idea). Lippershey claimed his device could magnify an image up to three times.

While that is hardly a bold claim from today’s vantage point, it was the first important step towards building the many telescopes that now grace the world; after hearing about Lippershey’s invention, Galileo designed his own telescope which magnified images up to 20 times, and the field of astronomy was born.

The mysteries of the universe are pretty inspiring and being able to play a role in understanding those mysteries is always inspirational – I love being part of an observatory. I have enjoyed working at a research level at universities, but I prefer turning research concepts into working science capabilities. ~Peter Wizinowich, Ph.D.

In the 400 years since then, telescopes have become significantly larger. The twin optical and infrared telescopes at Keck Observatory sit near the top of the dormant volcano, Maunakea, at an elevation of 13,600 feet. Both telescopes have a diameter of 10 meters, enabling researchers to observe the universe to a previously unimaginable degree.

However, while there is a general rule that the larger the telescope, the more detail it should be able to provide, turbulence in the Earth’s atmosphere blurs astronomical images. Fortunately, scientists have found a way to overcome this issue. 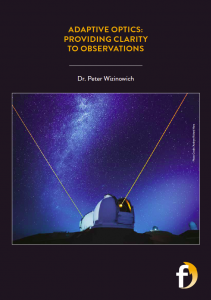 In a recent article by Futurum, a magazine and digital publication designed to inspire the next generation of scientists and technology innovators, Peter shares his nearly 30-year career at Keck Observatory dedicated to enabling new astrophysics by way of adaptive optics. This innovative technique corrects the distortion caused by atmospheric turbulence so telescopes can view the skies in much finer detail.

Learn how Peter has championed efforts to develop and advance this leading-edge technology at Keck Observatory by reading his interview with Futurum HERE. In the article, Peter also offers career insight and advice for young minds interested in becoming an optical scientist and/or astrophysicist; an activity sheet for teachers and students is also included.

This article was produced by Futurum, a magazine and online platform aimed at inspiring young people to follow a career in the sciences, research and technology. For more information, teaching resources, and course and career guides, see www.futurumcareers.com 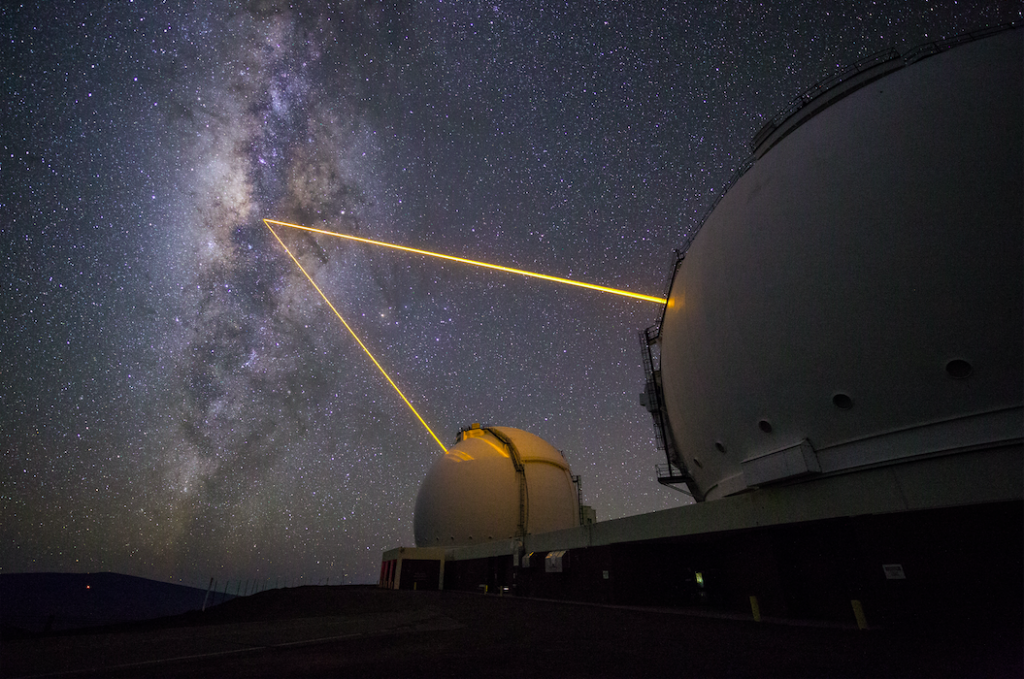 The Keck I and Keck II telescopes using their laser guide star adaptive optics to observe the supermassive black hole at the center of the Milky Way galaxy. The lasers excite sodium atoms in the Earth’s mesosphere to create an artificial star that can be used to measure atmospheric turbulence. CREDIT: Sean Goebel Photography

The W. M. Keck Observatory telescopes are among the most scientifically productive on Earth. The two 10-meter optical/infrared telescopes on the summit of Maunakea on the Island of Hawaii feature a suite of advanced instruments including imagers, multi-object spectrographs, high-resolution spectrographs, integral-field spectrometers, and world-leading laser guide star adaptive optics systems. Keck Observatory is a private 501(c) 3 non-profit organization operated as a scientific partnership among the California Institute of Technology, the University of California, and the National Aeronautics and Space Administration. The Observatory was made possible by the generous financial support of the W. M. Keck Foundation. We wish to recognize and acknowledge the very significant cultural role and reverence that the summit of Maunakea has always had within the Native Hawaiian community. We are most fortunate to have the opportunity to conduct observations from this mountain.