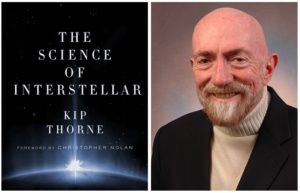 How scientifically accurate is the blockbuster film Interstellar? Dr. Kip Thorne will take you behind the scenes of the movie and explain how he helped Hollywood turn science fact into science fiction.

Astronomy Talk: The Science Behind the Movie Interstellar from Keck Observatory on Vimeo.